This was one of those times when everything goes so nicely, and turned out to be the start of an awesome day. After wrapping up a two day business conference in Las Vegas I was booked to fly out on an 800am flight. The airline folks had been giving warnings to arrive at least two hours before departure time at McCaren (LAS) airport so I checked out of my hotel and jumped in a cab at 600am sharp.  Sure enough, the check in line at American ticketing must have had at least 500 people in line. Oh boy, I thought. But then I realized that I could check in electronically with the iPhone app, which I did, then headed upstairs towards the gates.

Today was the first time I got to use my TSA Pre✔. It was fantastic. There was no one ahead of me in the special TSA Pre✔ lane. I bypassed the regular huge line (have you flown out of Vegas lately?), and didn't have to pull my laptop, remove my shoes or take the stupid little bag of liquids out of my carry on luggage. I had applied for The Trusted Traveller program earlier this summer and this was the first time I used the service. So at this point I am at least an hour ahead of where I otherwise would have been to catch my flight.

It just so happens that American Express has opened a beautiful new airline lounge right in the American terminal in Las Vegas. It's called the Centurion Lounge, and it is the only one in the country. I received a complimentary access card with my Gold card some time ago so mozied on it like a big shot. Wow! It is a fantastically luxurious lounge. They were just serving breakfast so I indulged in that, had some coffee, took some pictures with my Lumix LX7 (see the gallery here http://www.tom-curley.com/p318589364), and relaxed for about an hour until my flight boarded.

Traveling can really suck these days but with a little planning and some luck it can actually become a pleasurable experience once in a while. This was one of those days. If you have an American Express card that is anything less than Platinum and you will be traveling to Las Vegas on American, give them a call and tell them that you want to check out the lounge. If you have a Platinum Card, you should already be a member. 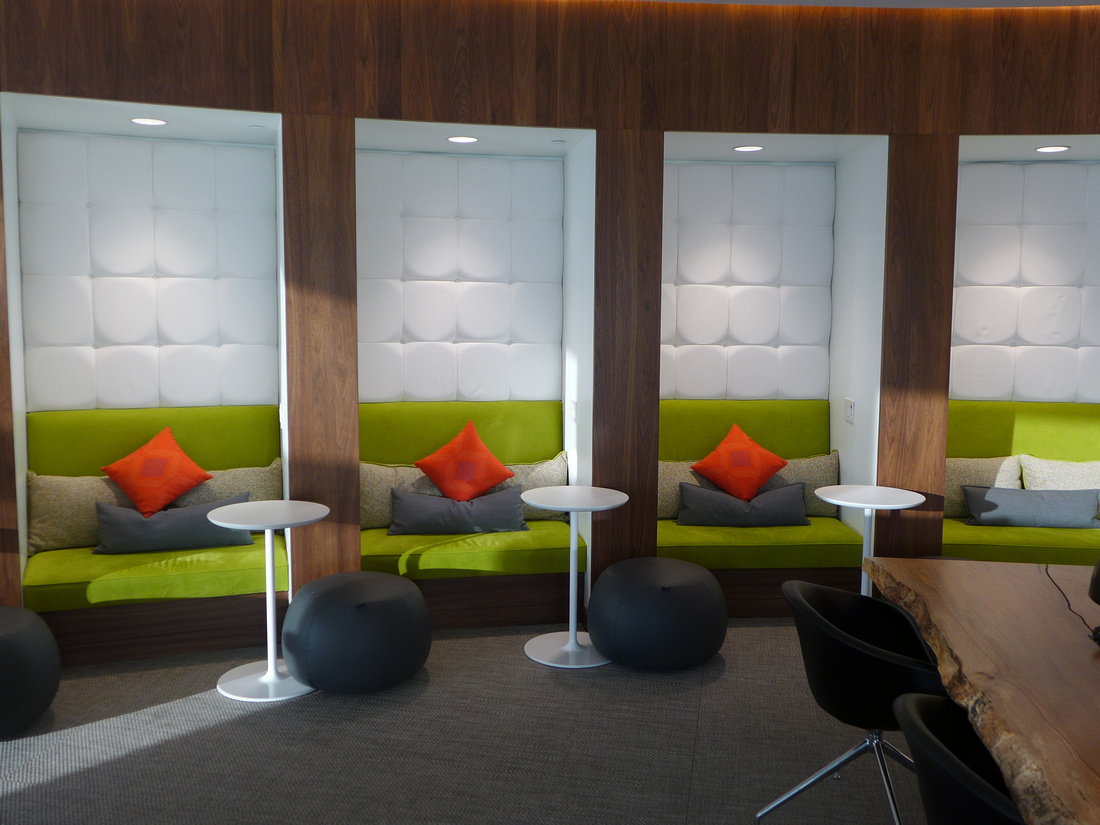