How to Create Custom Audio Tracks for Pro Show Videos

Have you ever looked for ways to use a soundtrack that is customized for your subject matter? There are times when I want to create a ProShow Web slide show that uses a soundtrack that relates to the content.  Usually it is a music related subject, and I've found that I need to decide among several choices:  Use the licensed songs in the ProShow Web app, use recorded songs that are copyrighted (not an option when I want to put the video on a public webpage), no soundtrack at all, or create a custom soundtrack from the event itself. This last choice works well for me when I create a hybrid slide show of a musical performance, such as the marching band that my son, James, plays drums in at the University of Connecticut here this recent video. 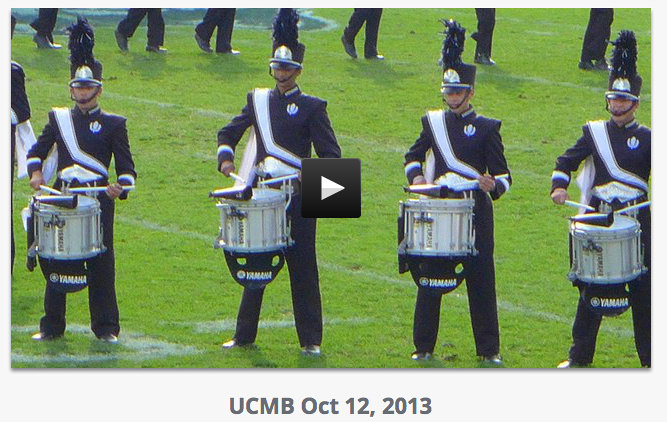 Here's how I create the soundtrack, and use it to author a slide show using Pro Show Web:

1. Record a clip of audio at the event that will be long enough for the slide show.  I use my camera in movie mode with either the built in microphone or an external mic.
2. The tricky part is extracting the audio into a file that ProShow Web recognizes, which is MP3.  I am using a Mac with iMovie so I start a new Project, and import the clip.  Detach the audio from the video with by hovering over the clip in the project clip, then Export using Quicktime as an AIFF file.   Then drag that file into iTunes and save it as an MP3 file by right clicking on the file in the library and selecting Create MP3 Version from the contextual menu. 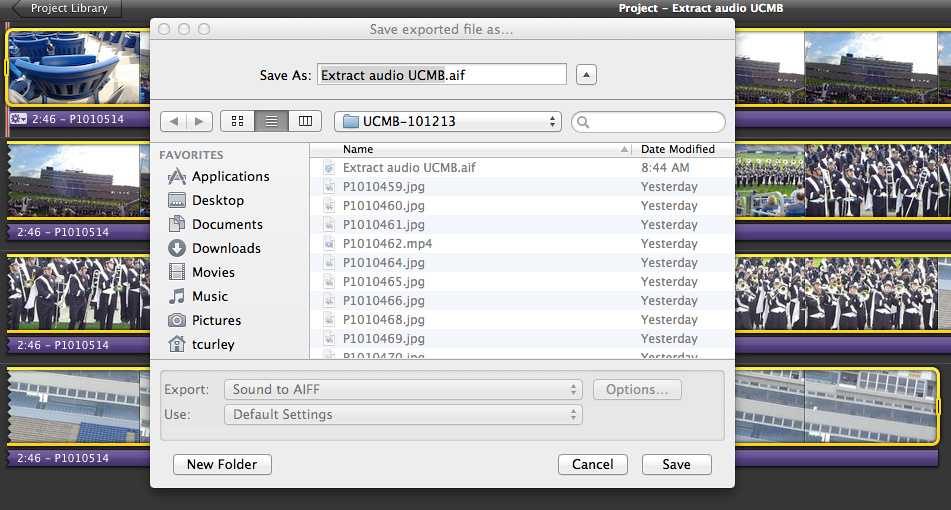 3. Use the MP3 file that you created in step 2 as the soundtrack for your ProShow video.  The other clips will play with sound by default and this soundtrack will reduce in volume, or if you want, mute the sound in the other video clips so that the soundtrack plays at a uniform volume for the entire video.

There are surely plenty of other ways to extract the MP3 file other than as described in step 2 but you'll find that this process is a great way to create a really customized hybrid video.  Have fun!