A Day in New York City

August 1. A beautiful sunny day in New York City. Jane and I took the train from White Plains to Grand Central Terminal with plans for dinner in Manhattan and a show in Brooklyn. Since we would be heading right to the show from dinner, I decided to leave the Lumix camera at home and shoot with just my iPhone7+. Not my usual style, but the results were satisfying.

Jane used to work in a building on Vanderbilt Place next to Grand Central Terminal.  The building is gone and a huge hole in the ground exists with construction underway for what will be a spectacular new skyscraper taking up the entire city block to be called One Vanderbilt. Until it is built, there are some interesting cityscapes including a view of the Metlife and Chrysler buildings with Grand Central Terminal in the foreground. We popped into Jane's favorite department store, Lord & Taylor, but didn't purchase anything.... 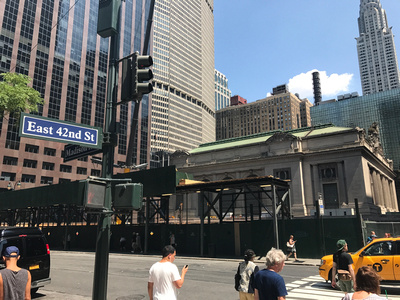 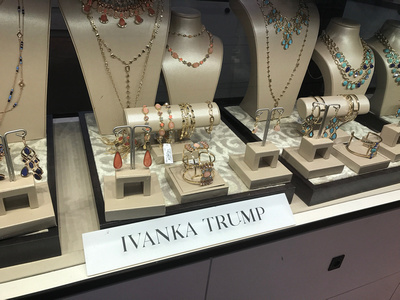 Neither of us had ever been inside the New York Public Library so we checked it out. The Rose Reading Room is spectacularly beautiful. 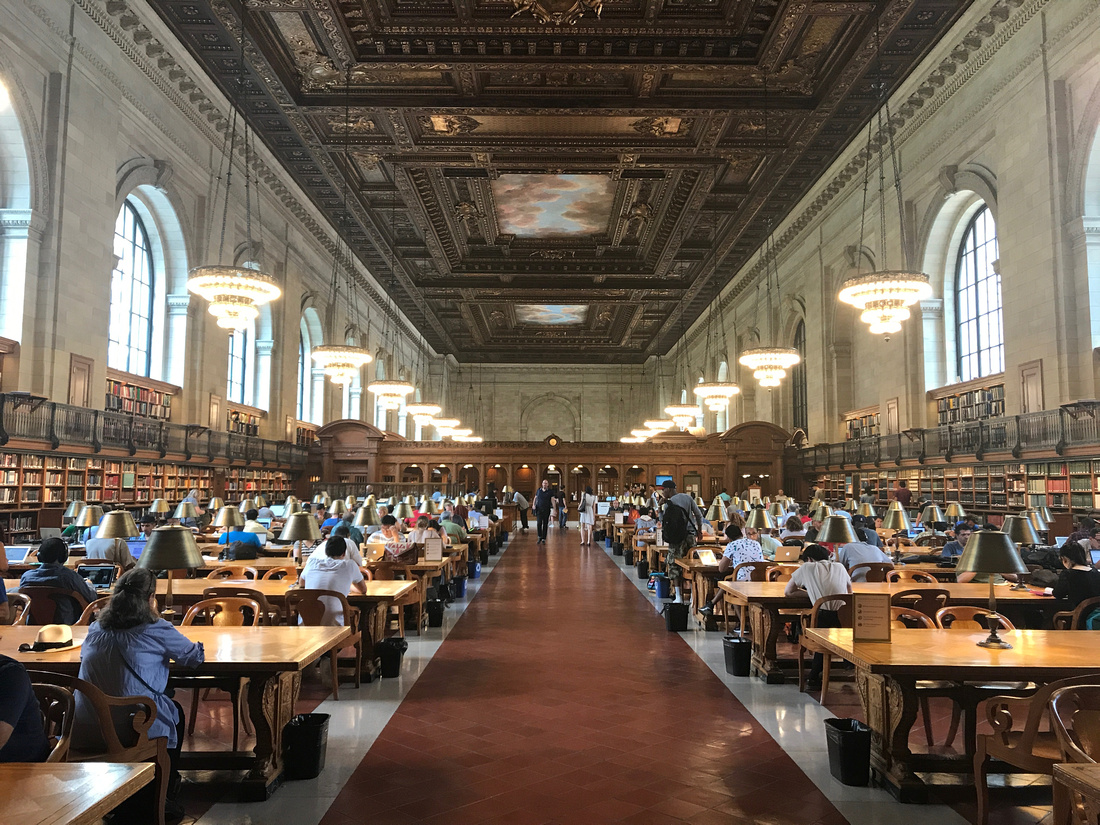 On to mid afternoon tea at the Algonquin Hotel. It is a favorite spot of ours for meeting people or just relaxing any time of day for coffee, tea, a beer or wine, or even a martini. Just a wonderful 'oasis'.  Pleased to see that Matilda the cat is back in the lobby, as she was not a year ago. I'm not much of a cat person, but this animal was quite majestic. 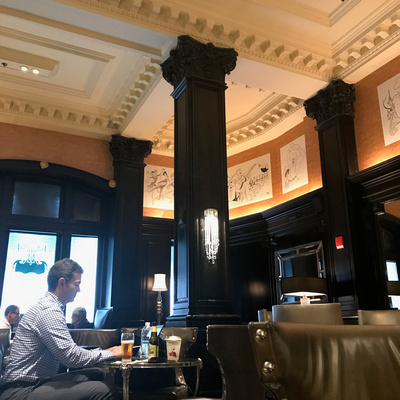 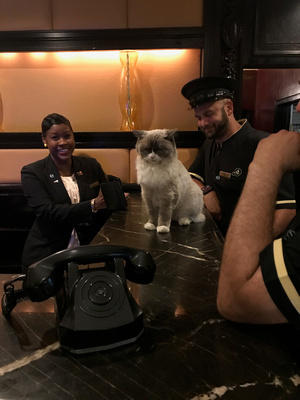 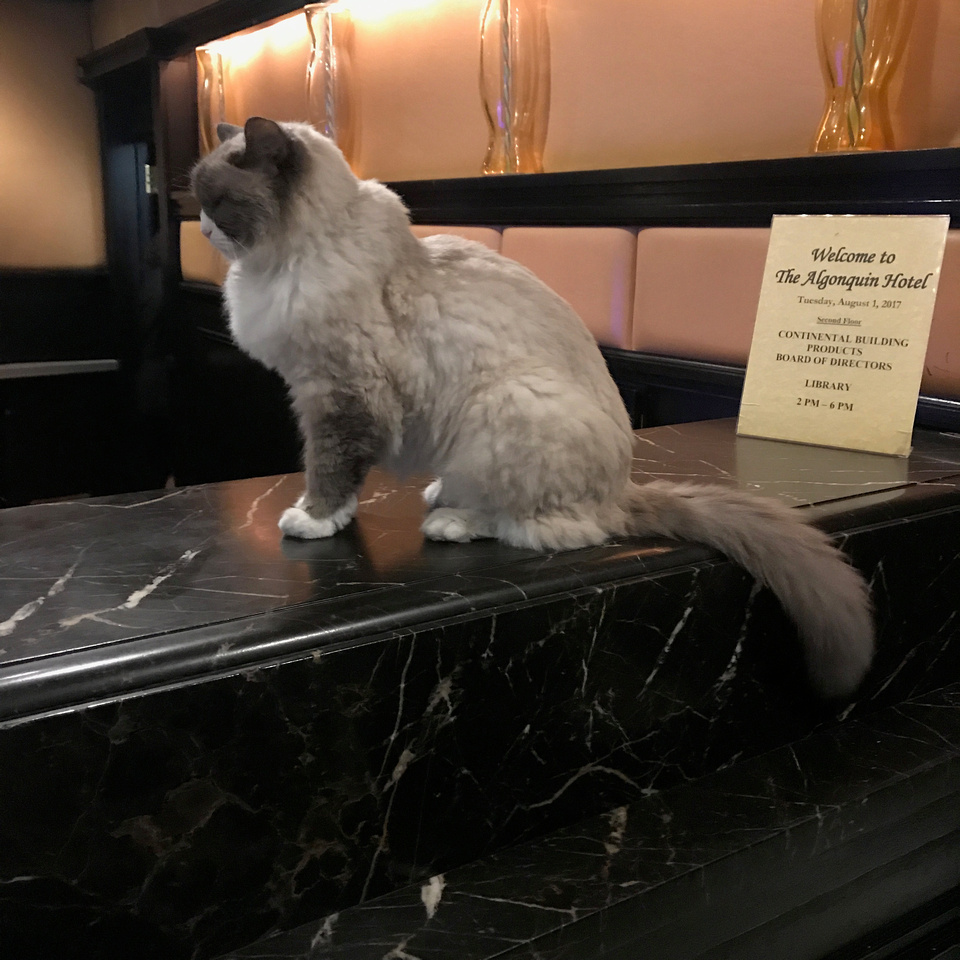 Straight up Fifth Avenue, a lot of shops and a must include stop at St. Patrick's Cathedral. Beautifully restored outside and inside over the past few years. 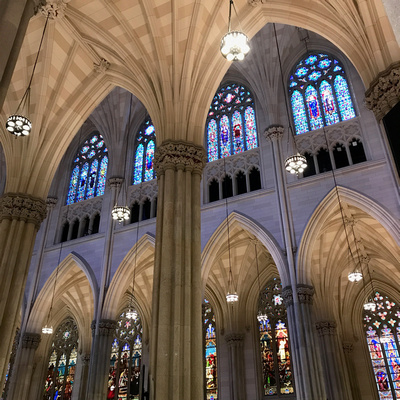 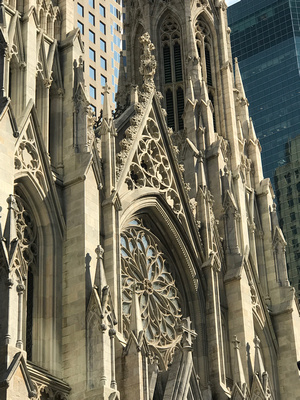 Onward to Rockefeller Center. Amazing architecture...the largest private building project ever undertaken in modern times. Jane and I found a sculpture above a lobby entrance that was just fantastic. We asked the building staff if there was a plaque describing it and he pointed out the name on the sculpture itself, which made of stainless steel and weighs 10 tons. It is called "News" and was commissioned by the Rockefeller foundation during the construction of the Center in 1940 to a Japanese artist Isamu Noguchi. The doorman agreed to pose for a photo in front of the sculpture. 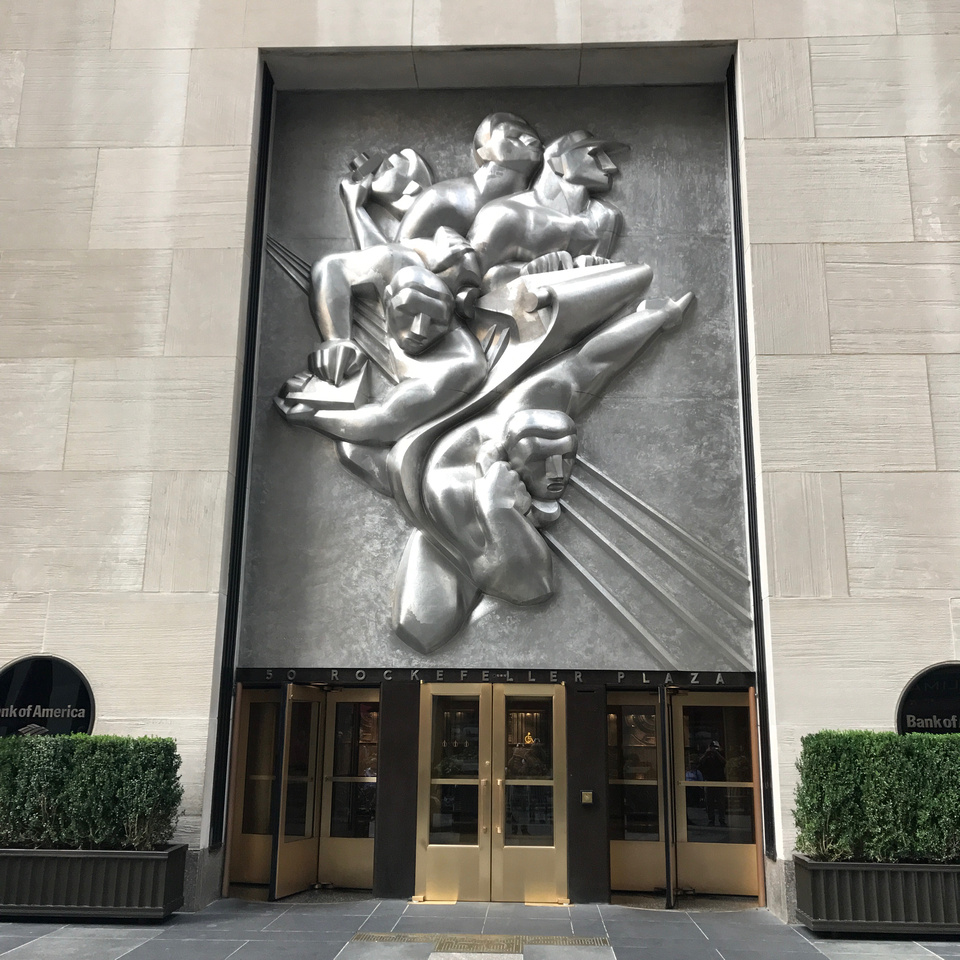 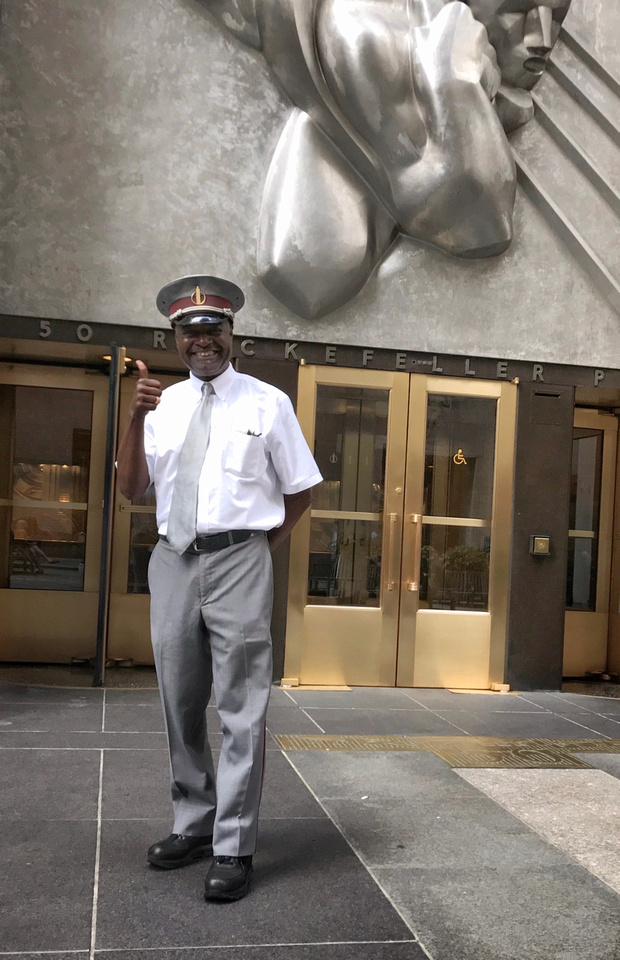 On to some shops on Fifth Avenue. Pretty spectacular to see it all. We checked out Uniqlo and Bergdorf-Goodman among other shops, then on to a wonderful dinner at QUALITY ITALIAN on 57th Street. 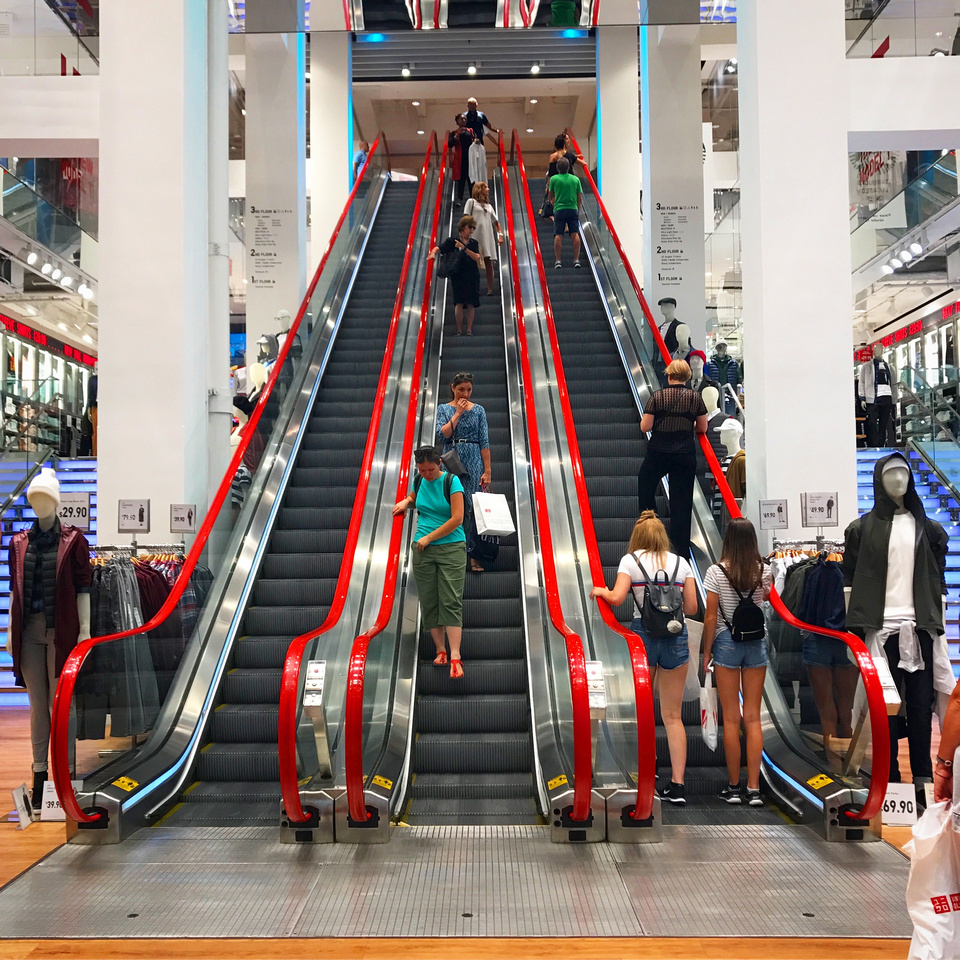 Bergdorf... what a head trip. Super overpriced everything. The childrens shoes were $350. 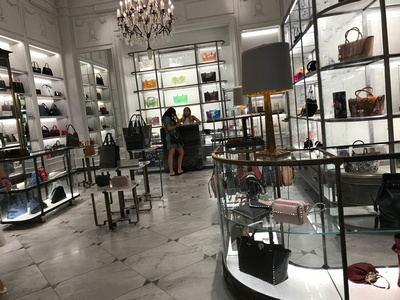 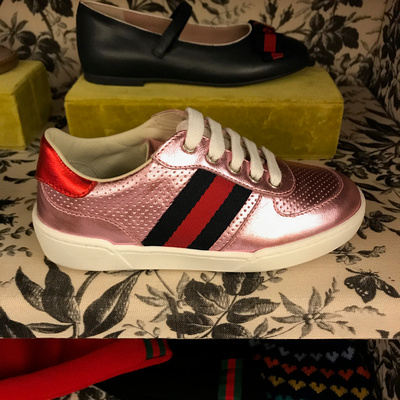 Then, the concert... the reason we came to NYC on this day.  London Grammar features the beautiful singing voice of Hannah Reid. We Ubered over to the venue, Brooklyn Steel, where we found a great position up front near the stage for this general admission show. 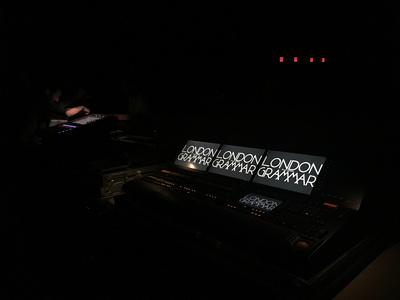 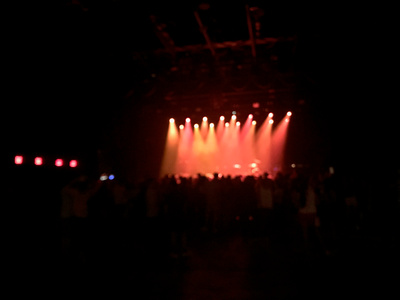 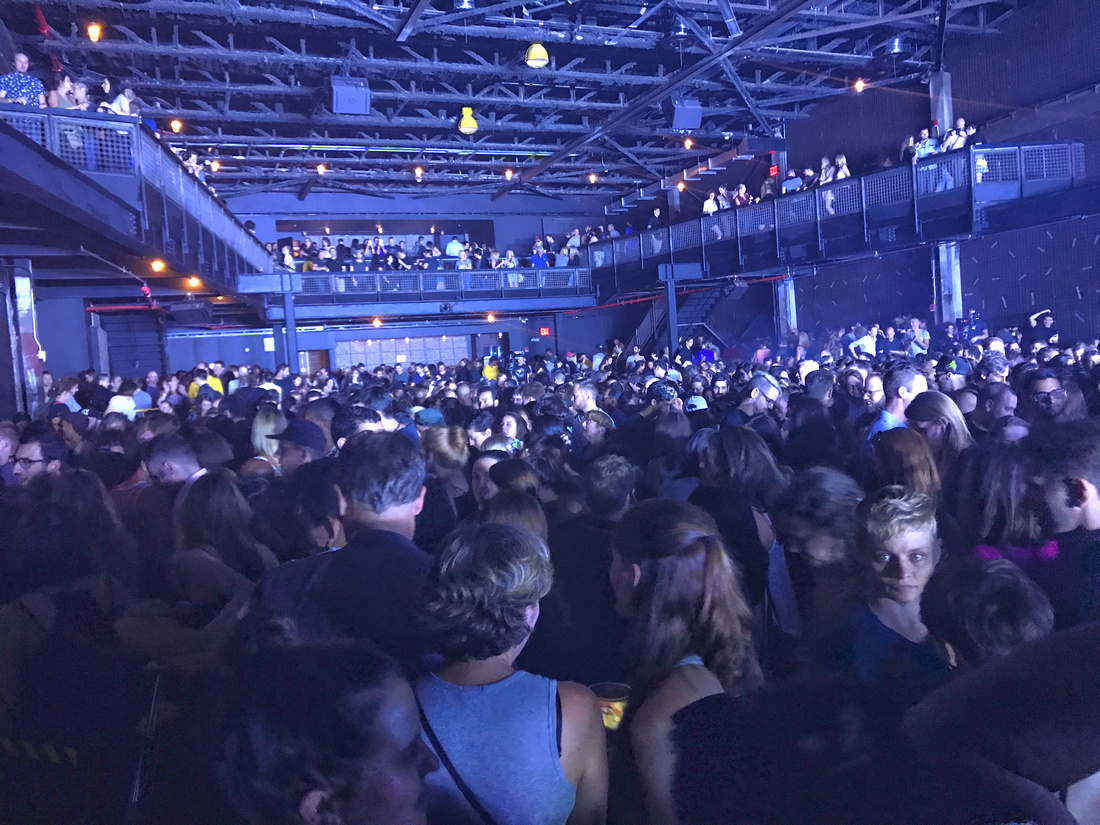 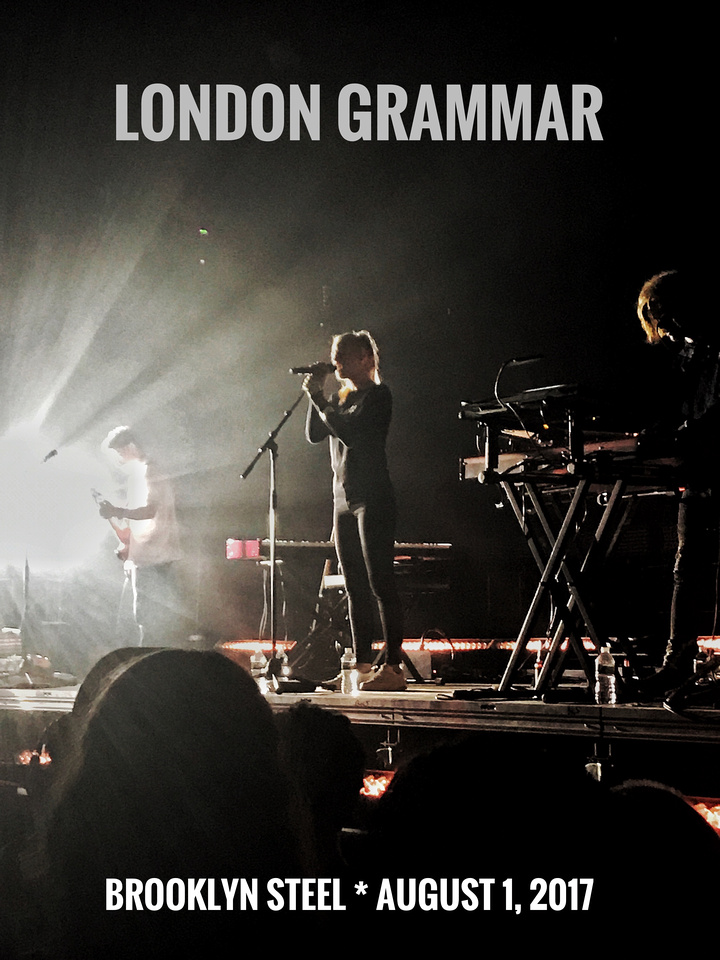 The show was excellent and we really enjoyed the evening. Thanks for visiting my blog. It is great to get out and travel, even if the destination is only an hour away as is the case with NYC for us.  While it was only one day, we experienced a lot and hope to do it again soon.