Thanksgiving Day, 2012:  An after dinner walk in my brother Brian's Fort Point neighborhood in Boston, we strolled over to the site of the former Channel nightclub.  It is located on the edge of the Fort Point Channel.  The building was torn down in the 90's during the construction of the Big Dig.  Paul recognized the location of the building that was L-shaped and wrapped around the taller brick building next to it.  The roof line of the one story Channel building is visible on the brick building that it abutted. 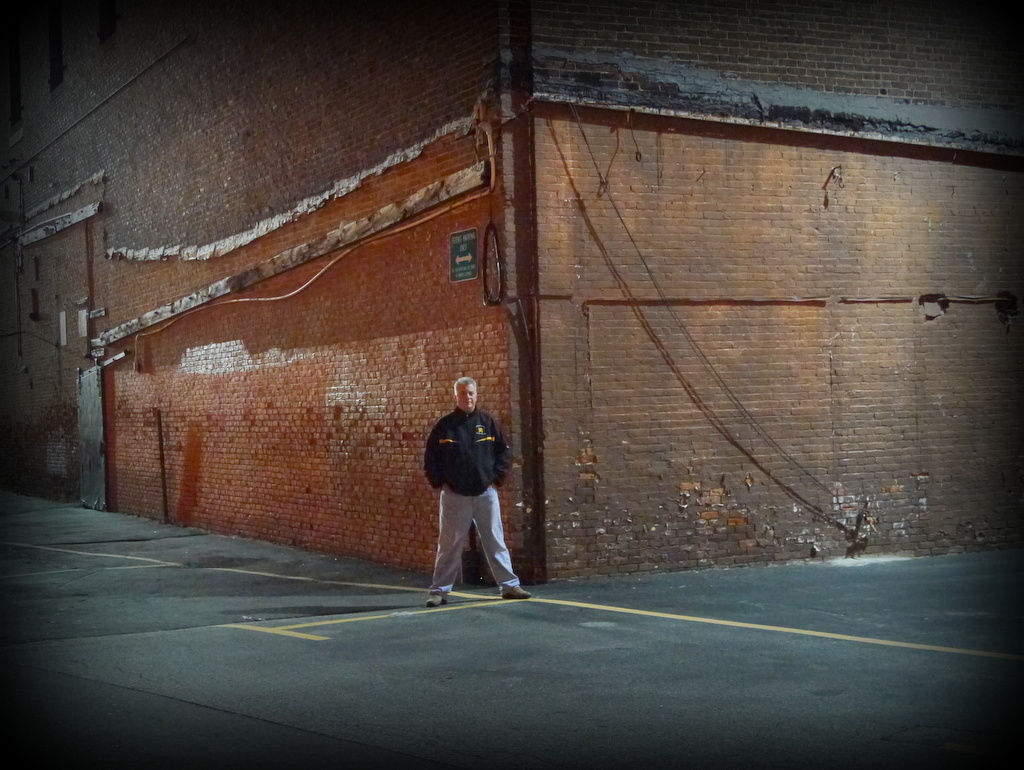 Paul at the Channel

Famous for the numerous acts that performed at the nightclub in the 1980's (Wikipedia page), Paul's band, The Prime Movers, played at the Channel at least six times.